Can You Drown a Tick

There was a cartoon I used to watch where a fox went into a pond with only his nose sticking out and all the ticks, fleas and bugs came off him. It seems kind of silly but that idea always stuck with me, just take a long swim and you get get rid of any ticks you might have picked up. But can you drown a tick? Do ticks swim? Lets see what science says.

First we need to look at how ticks breath. Ticks like most arthropods breath through breathing holes on their body called spiracles. From there oxygen is transported through the ticks body by trachea, which are like blood vessels for oxygen. Spiracles are very small and are able to close up when a tick is dropped in water. In addition to closing up the breathing holes ticks have another trick for staying alive underwater, tiny hairs. 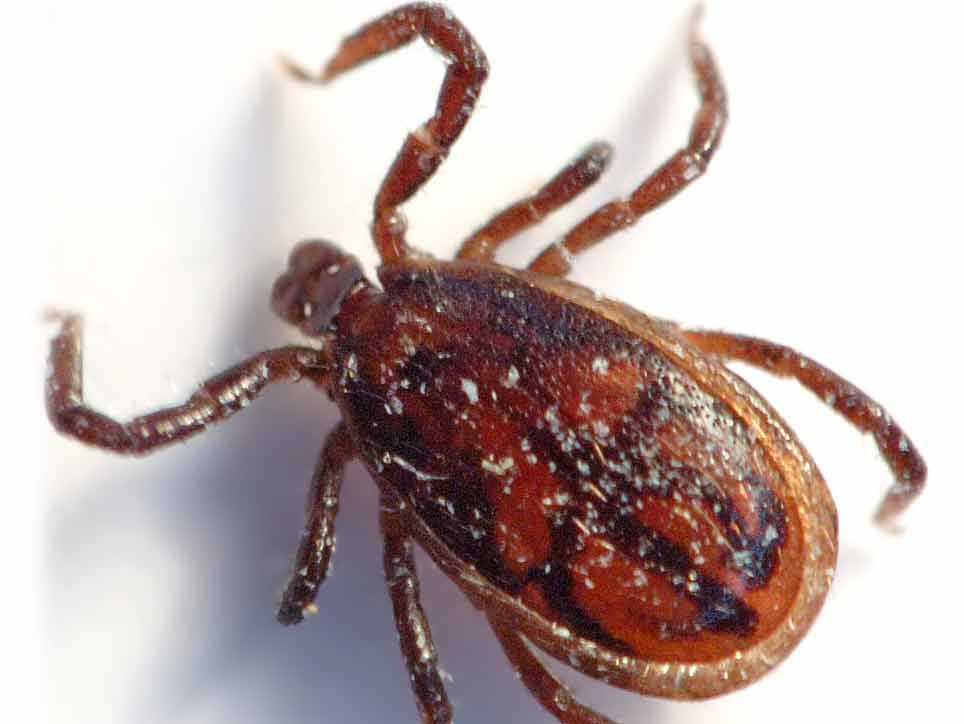 Ticks have whats called “spiracles plates” which are hair like structures around their breathing holes. These tiny hairs can hold a small bubble of oxygen when underwater. Whats more this tiny bubble or layer of oxygen can even absorb additional amounts of oxygen from the water. Along with their ability to take oxygen with them ticks also have a very low respiration rate. They only need to breath a few times an hour. We could not find any studies on the exact number of days ticks can live under water but there are many anecdotal reports of ticks living several days under water.

So, Can you Drown a Tick?

Eventually ticks kept underwater will die. However it will take several days, which rules out drowning as a way to remove a ticks. What about chlorinated or salt water? Nope, Ticks are tough little critters. The concentrations of these chemicals in the ocean and pools is too low to kill ticks. Once they are attached you need to pull them off.

Once you pull off the tick then you have a few options. Ticks are hard to drown but they can not swim. Flushing the tick will remove it from your property and most likely eventually kill it. However doctors recommend keeping any tick you remove for a few months. This would allow you to test it for one of the many tick borne diseases if you start feeling ill. So whats the best way to kill the tick and still keep it in tack?

How to Kill A Tick Quickly

Most researchers will drop ticks in a vial of ethanol which kills them fairly quickly. However if you do not have a bottle of ethanol or everclear try encasing the tick in clear scotch tape. Then place the tapped up tick in a container with a screw on cap. With the tape and screw top container the tick can now be safely stored away. Also remember to add a date of when the tick was removed.

Of course its also possible to completely avoid even thinking of drowning a tick. This is possible if you avoid ticks in the first place. To accomplish this take a look at our article on How to Get Rid of TIcks Naturally..