At first glance cave crickets seem like the stuff of childhood nightmares. Their long legs make them look like wolf spiders which is scary enough, and then they start jumping right at you. I’ll never forget my first encounter with cave crickets . While removing an old log pile under a deck I discovered a nest with a dozen or so VERY large cave crickets. At first it seemed like small mice were jumping at me, until I killed one with a shovel and discovered it was a cave cricket. My next thought was do cave crickets bite or sting?

So Do Cave Crickets Bite 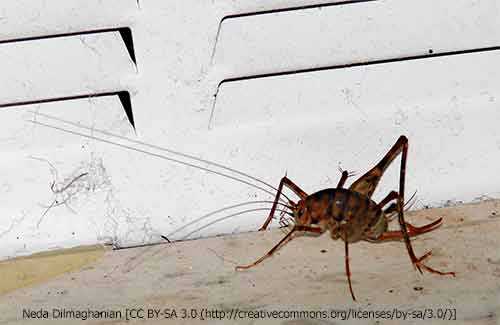 Cave Crickets are from the Orthoptera order of insects which includes grasshoppers, locusts and crickets. Crickets are then broken into a sub group called Ensifera. Insects in the Ensifera sub order, cave crickets in particular, are found world wide. Their common name (cave cricket vs camel cricket vs spider cricket) typically depends on location. They are typically found in dense woods, caves, animal burrows, under stones, or under decaying logs. When they come into contact with humans cave crickets will often make their way into basements, crawl spaces or any other cool humid environment.

Cave crickets are occasionally described as half spider and half cricket. They maybe brownish and can grow up to two inches in length with a hunched backed body similar to a shrimp. Their spidery appearance is due to abnormally long legs. In addition to long skinny legs they have long slender antennae that’s longer then their body. Their spidery appearance is why many people ask do cave crickets bite. Thankfully cave crickets unlike regular field crickets are flightless (yes regular crickets can fly!) and nocturnal. Cave crickets actually are very unique when compared to regular black field or house crickets.

How to Get Rid of Cave Crickets 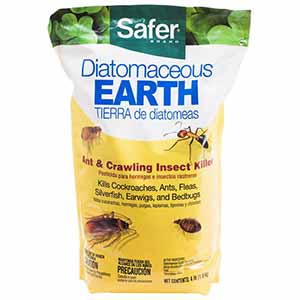