This site is supported by affiliate advertising. Which means we may earn some money if you click the product links. Thanks for your support!

If you spend time outdoors you will eventually have to deal with mosquitoes. As you swat away these annoying blood suckers you may wonder what purpose do they serve and what eats mosquitoes? Fortunately there are several critters that eat mosquitoes including bats, birds, fish, and dragonflies. Lets take a look at how these mosquito eating predators can help control mosquitoes in your backyard.

Bats can often be seen flapping through the night sky scoping up insects on warm summer months. This leads many people to believe that bats are great for natural pest control. Since Mosquitoes are one of the most hated pests it would seem safe to assume bats eat enough mosquitoes to help control the local population. However is that a safe assumption and is it backed by science? Lets consider the facts.

Before digging into the relationship of bats and mosquitos we should first determine what bat species we are referring to. Depending on the species a bats diet can range from nectar, fruit, frogs, insects, and even other bats! And don’t forget the vampire bat! Most bats however just eat insects. For this article we will primary be addressing the little and big brown bat. These are often found in backyards and urban environments throughout North America. Now that we have identified some of the most common bats in North America lets get back to the question, do bats eat mosquitos, and if so how many?

The first factor to consider is how bats eat. Since bats are considered opportunistic feeders they will usually eat the first thing they find. In the case of the little and big brown bats that means they will often eat anything from beetles, flies, mayflies, moths, lacewings, caddisflies and mosquitoes. With bats eating just about whatever insect they find the number of mosquitoes then depends on the amount of misquotes and chance. The opportunistic nature of the bats hunting has traditionally inclined scientists to conclude that while bats eat mosquitos, they likely do not impact the local mosquito population.

However a 2018 study suggest bats may be more of a mosquito predator then previously believed. The study involved collecting bat fecal matter from 22 different locations in Wisconsin, USA. The fecal matter was then screened for arthropod DNA. Once the analysis was complete over 70% of fecal matter from the little brown bat contained mosquito DNA. The study authors concluded ”Our results suggest that the incidence and taxonomic richness of mosquito prey consumed by bats is considerably higher than has been previously shown. In light of globally declining bat populations, we propose that future studies reassess the importance of trophic interactions between bats and mosquitoes.” So bats are one answer to what eats mosquitoes.

While bats, birds, and other critters can help control mosquitoes over time, they will not provide immediate relief from mosquitoes. If you want a mosquito free evening try the Thermacell Radius. The Radius dosn’t eat mosquitoes but it will create a mosquito free zone so you can enjoy the great outdoors. Checkout our Thermacell comparison chart. 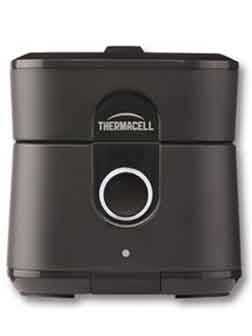 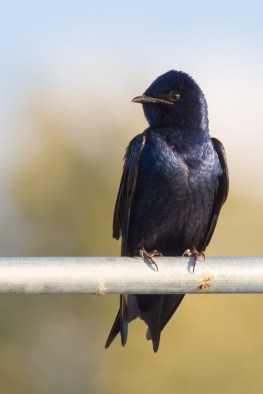 Insects are a favorite food source for many birds species. A few of the species that are known to eat mosquitoes are Purple Martins, Barn Swallows, Blackpoll Warblers, and many other song bird varieties. However birds, like bats, are usually not seeking out mosquitos. If you consider the size of a mosquito compared to a small song bird, the mosquito is not much of a meal. Since birds need to expend energy catching insects they will usually seek out a larger bug to make it worth while. Unfortunately the larger insects could also be beneficial ones such as dragonflies!

If your just starting with ponds and want a hardy and mosquito hungry fish consider the humble goldfish. The comets and shubunkins varities are darker in color making them better camouflaged for hunting mosquito larva. One challenge with gold fish is their eventual size. Goldfish will continue to grow based on the size of their environment and may get too big to eat mosquito larva.

As their name implies the Mosquito Fish is an excellent mosquito predator. They are known to eat up to 100 mosquito larva a day. Since Mosquito Fish are small, usually under two inches you don’t have to worry about them out growing their mosquito eating ways. However due to their small size they will need plenty of hiding places from larger fish. If you decide to raise mosquito fish never release them in the wild. Since they are hardy and reproduce quickly they are considered an invasive species in some states.

Perhaps the simplest way to eliminate mosquito larva is the common Fathead minnow. While often over looked or thought of as bait fish minnows are a proven mosquito control option. An article in the September 2009 issue of the Journal of Mosquito Control documented the impact of minnows on mosquito larva. The researchers found Fathead minnows to be more effective and sustainable them traditional chemical options. If your on a budget minnows might be a good solution to what eats mosquitoes in your backyard pond.

Frogs are often one of the first creatures that come to mind when looking for something that eats insects. While frogs eat a wide variety of insects there is no solid evidence that mosquitoes make up a measurable portion of their diet. This is some evidence of Spadefoot toad tadpoles eating mosquito larva. Studies to validate this evidence have been conducted in artificial containers so they may not translate accurately to a natural environment. Most other tadpoles are herbivores so frogs, toads, and tadpoles will not help control your local mosquito population.

The past few paragraphs have emphasized that large predators seldom hunt something as small as a mosquito. However the Red-eared slider is an exception to this rule. Two studies have verified that the Red-eared slider turtle eats mosquito larvae and can impact the local population. 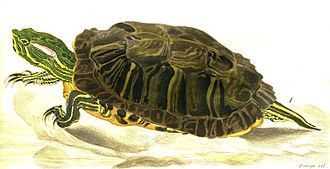 The first study was conducted in Honduras in 1993. In this study a juvenile turtle was placed in a cement water-storage tank. During the course of the study the turtle was able to control the mosquito larvae population in the tank. The turtle proved to be a natural alternative to chemical solutions. A second study in Louisiana placed turtles in larvae filled road side ditches. At the end of the study the larvae population was reduced by 99%.

The dragonfly is one of the most amazing insect predators. Scientists believe dragonflies catch up to 95% of their prey they target. To put this in perspective consider that lions are only successful on 25% of hunts. This is likely due to their incredibly large eyes that enable they to focus on one insect from a group. In addition to eyesight dragon flies can travel at 30 miles per hour, which is amazingly fast for an insect! 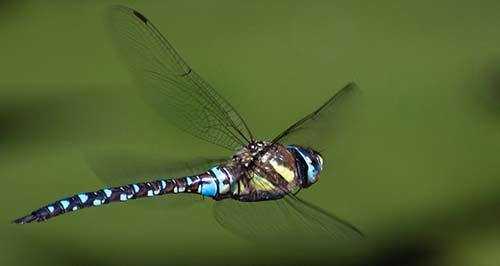 Considering these abilities its no wonder dragonflies are considered excellent mosquito hunters. The internet is full of antidotal accounts of dragonflies reducing local mosquito populations. Unfortunately there is little scientific evidence to support these claims. However there is scientific evidence of dragonfly nymphs eating mosquito larvae. In a detailed 2013 study the author holds out the possibility that dragonfly nymphs could help with mosquito control.

Now that we know what eats mosquitoes, how can we use this knowledge to improve our backyards? Depending on your circumstances some of the previously mentioned predators could help. If have a pond or water feature you could use minnows and encourage dragonflies to take up residence. If you don’t have many dragonflies or have enough to spare consider creating a birdhouse for Purple Martins.

Why Are Mosquitoes Dangerous

Reducing the number of mosquitoes on your property is becoming increasingly important. Mosquitoes can do much more then ruin a walk out doors, they can also spread disease. The disease they spread vary based on the species of mosquitoes and geographic conditions. Usually, mosquitoes lay their eggs in still water. Mosquito larvae emerge from the eggs and stay in the water, feeding on tiny organisms. Once they mature, adult mosquitoes leave the water to breed and bit. So while it is great to use natural predators to eat mosquitoes while they are still in the larva stage it’s the adults that can cause the most damage. Some of the diseases they spread are:

Checkout our article on what eats ticks?